Boy, does work take up a lot of time! And it’s not like I don’t have time off, I do, but I tend to collapse in a heap when it’s all said and done.
So, to catch you up... These are actually from Mary’s (my MIL) birthday in February! I decided to mix the colors up in the vase, and I like the way it looked. 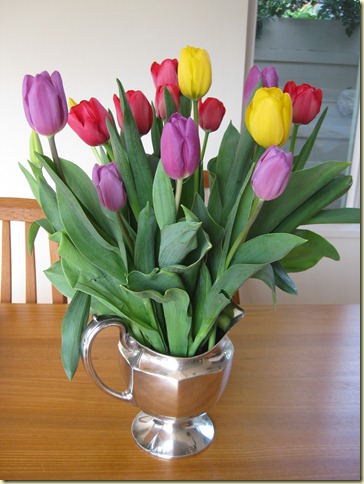 I collect (well, I have three so far) German weather houses. My grandmother had one, which I now have, and I’ve added two more. They just make me think of her and her house and all the warmth that it held. This I bought from a great shop on Etsy called Becaruns. Great prices and a fun selection.  And look how cute this was packaged? Kate thinks so, too. 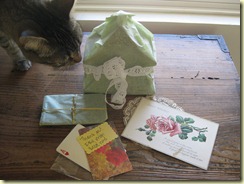 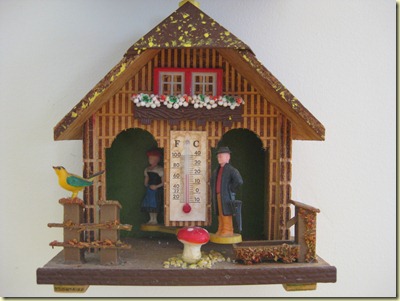 My friend Sheri makes Clafoutis all the time. I finally tried one, and it came out pretty good! Not like hers (she’s a great baker!), but okay. I’ll keep trying… This was Julia Child’s recipe – easy, all ingredients go into the blender. 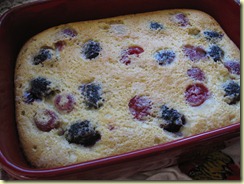 And, now pics of the fur children. How else to end this update, right?
Saylor says, “Is it dinner time?” 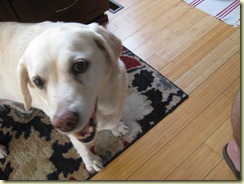 And here’s little Tonya Harding, as we like to call her because of the way she dive-bombs poor, sweet Kate. Even though it wasn’t actually Tonya wielding the police baton that hit poor Nancy Kerrigan, it’s the thought that counts! She hired the hit. For this picture, we say: Cat or Otter? We are not sure. 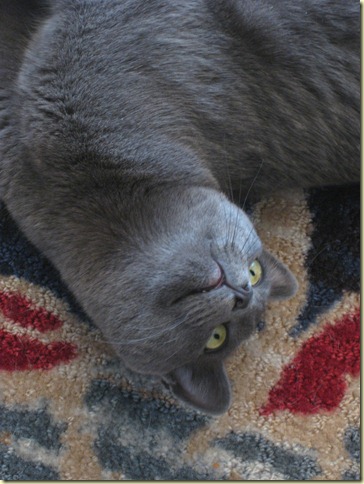 Personally, and it’s not like I’m biased or anything, but I think the caption for Kate’s picture should read: If I were any cuter, they’d have to arrest me. (Said the ridiculously proud Catmom.) Of course, she does now bear the name of royalty. Hee hee. 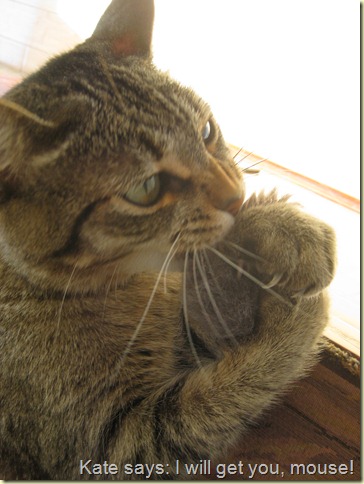 Sorry I’ve been away so long! Hope you all haven’t forgotten me!